Whether you’re a seasoned developer, just starting out, or somewhere in between, a blog is as important a tool as your favorite code editor. Writing and publishing regularly has greatly impacted my own career. It introduced me to new people, led to jobs, and expanded my pool of collaborators.

You’ll find yourself much better able to express your thoughts when you’ve given them the thought a blog entry requires. Flexing these communication skills will impact your professional and personal life. Sharing how you think will add a dimension that’s missing from your code.

You likely already have a repository for your code. You also need one for your thoughts.

A Blog Shows How You Think

Code solves problems. When you program, you determine the instructions the computer needs and the order they should be sent. Outside of comments within the code, you don’t typically write why you made certain decisions. Indeed, the reason behind your code’s architecture is probably more interesting to other developers and potential employers than the code itself.

Of course, your blog posts probably won’t focus much on individual lines of code. Instead, write about how you decided to structure your application. Tell us big picture choices you made. Share a big problem that had you struggling. If you’ve found the answer, write about that, too.

There’s no right answer to “What’s the best X for Y?” Even if you think you’ve discovered it for certain values of X and Y, then you need to consider whether it still works in situation Z. And watch out for curveball Q, which could change the entire result. There are enough variables in these decisions that there’s plenty to share around how you arrived at a destination.

One of my favorite Twitter bios is from Adam Rogers: 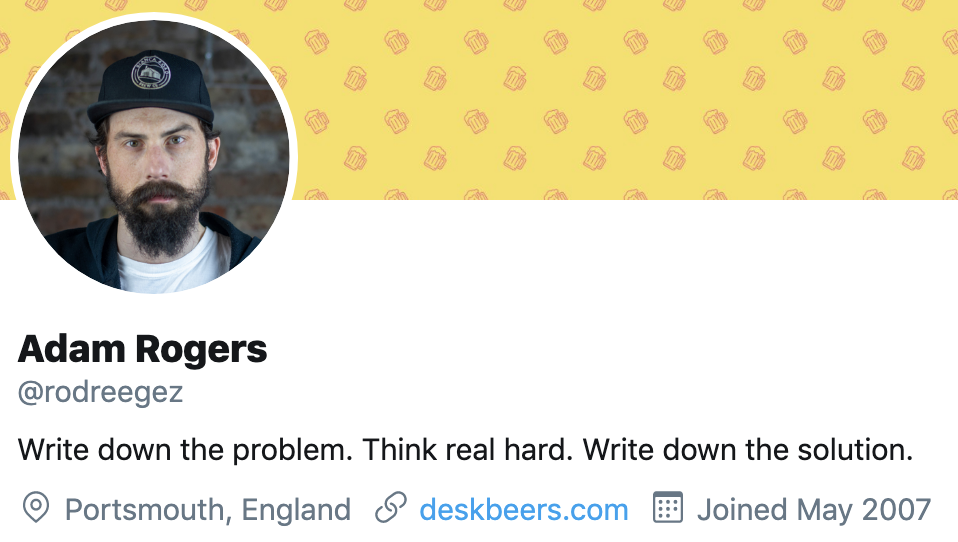 Write it down in prose and code, and hit publish. We’ll understand a lot better about that thinking you did in the middle part that way.

When working on a team, you’ll need to make the case for your code decisions. You’ll do this in person, in chat, in code reviews, and plenty of other places. Your opinion—and the assumptions they may be based upon—are the fodder that makes your post on a topic distinct from mine and still different than someone else’s.

Consider two front-end developers who come to opposite conclusions in the great React vs Vue debate. One chose React and the other went with Vue. And they’re both “right,” because they wrote blog posts that communicate their opinions.

You can write bad code that passes tests. And vice versa. The code itself is not as important as the thinking that surrounds it—and how you communicate those thoughts.

Developers of all stripes share some code publicly, often through GitHub profiles. Potential employers, collaborators, and others may inspect your code. There are many things they may take away from your code. But how and why you made a decision is unlikely one of them.

Set up your blog to be the place where you share these professional thoughts. Blog frequently and consistently. Just like writing code, it’s a habit. You’ll get better at it if you do it more often.

Anyone who shares their code should really consider sharing their thoughts about code.